Andy Livengood came to Theatre 99 to see a friends show and became hooked on improv for life. He is a graduate of the Theatre 99 training program and has studied improv comedy at The Upright Citizen’s Brigade Theatre (NY) and The Annoyance Theatre (Chicago). Since 2007 Andy has been a regular performer at Theatre 99, playing with the improv groups CATS HUGGING CATS, Clutch, and C.H.A.M.P.S. Andy has written for the sketch comedy groups Maximum Brain Squad, This is Chucktown, and Your Credit Limit. In 2010 he was voted Charleston’s Best Comic by the readers of the Charleston City Paper; an award he proudly displays at his mom’s house. Andy’s one man shows, The Christmas Will Be Televised (Winner Best Non Piccolo Spoleto Play of 2011) and Butcher Stories have been performed in shows up and down the east coast. Andy is also a regular performer at “Rip City” comedy shows and “Truth Is..” storytelling shows. 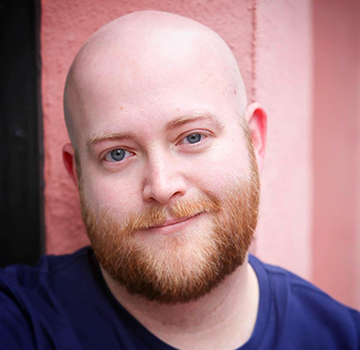