Camille is an alumna of the College of Charleston with a degree in Spanish. After taking classes with The Have Nots! at Theatre 99, Camille moved to Chicago to study improv comedy and performed regularly at iO Theatre. After being accepted to the Atlantic Theatre Company’s conservatory program, Camille moved to Brooklyn, where she became a founding member of the Crashbox Theatre Company. She has been seen most recently in PURE’s productions of Fool for Love, This Random World, The (curious case of the) Watson Intelligence, Constellations, Failure: A Love Story, and Marie Antoinette. Camille performs regularly at Theatre 99 during weekend guesting with The Have Nots!, Improv Riot, and Daddy’s Girl. 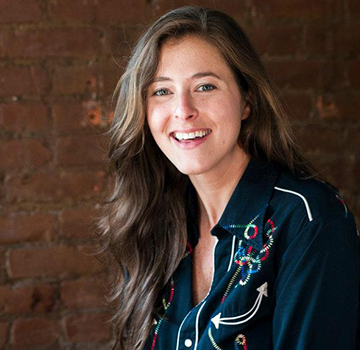