David Appleton was taken to his first improv comedy show in May 2007.  He got on stage when they asked for volunteers, and life was never quite the same.  Soon after he signed up for improv classes.  In January 2008, David was the stage manager for the first Charleston Stand Up Comedy Competition.  David’s greatest moment at Theater 99 was proposing to his girlfriend on stage.  The cunning ruse took place shortly after his Level 3 show with the help of Greg and Brandy.  David became a T99 Company Member in July 2008.  Some of his hobbies are airplanes, Transformers, and riding his motorcycle. David looks forward to a bright future in the comedic shenanigans at Theater 99. 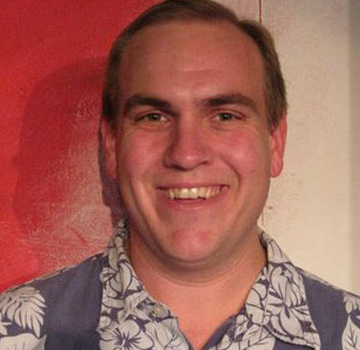