Jason moved to Charleston in 2001 and upon seeing a Have Nots! show, was instantly amazed and in love. Two years later, he found out others could actually perform with Theatre 99.  Two years after that in 2005, he grew a pair and took the classes with a friend and has been performing ever since. He loves improv like Neckprov and Cats Hugging Cats. He also loves to write and perform sketch comedy and started Foxhole Feng Shui, to the delight of a handful. He enjoys flirting and laughing and is a killer graphic designer and can throw a grown man out of a bar with his bare hands. 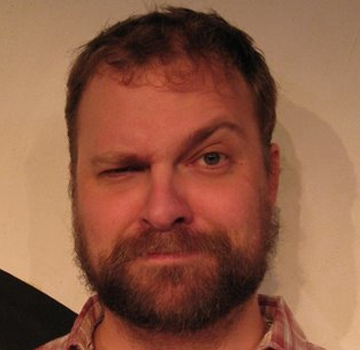