John Brennan first started taking improv classes in 2003. He was fortunate enough to be asked to join the house team Fishing with Dynamite and the improv Tour company The Have Nots! Comedy Improv Touring Company. He has co-founded a sketch comedy group The Bottom Line, that created a dozen different shows and lasted 3 years. He was a part of Big Dicktionary,  a 2 person improv show, performed with Timmy Finch of The Have Nots! He toured one man show The Banana Manologues,  a story about his ex-girlfriend, and did a run of it off-Broadway.

John, his wife and two daughters relocated to Savannah, GA, where he is the co-founder of the improv theatre Front Porch Improv. 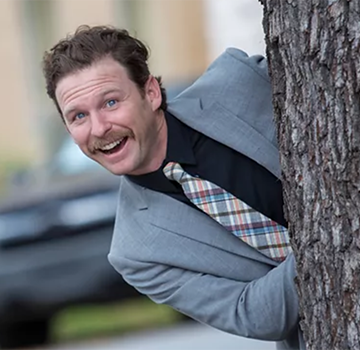