Lee Lewis has been performing with Theatre 99 since 2000 and is a proud member of two of the longest running Wednesday night shows on the Theatre 99 schedule.  He is a member of Moral Fixation (along with Greg Tavares) and of the musical improv phenomenon Doppelganger (with Jason Cooper). He also performs regularly at Theatre 99 and frequently is invited to perform with Theatre 99’s flagship show The Have Nots!  Lee did his theatrical training at Wofford College and was the resident actor for The Charleston Stage Company form 2001-2002.  When not performing he is a psychiatrist at MUSC, a husband to Amy, and a father to Charlie and Grace.

During his tenure with Theatre 99 Lee has performed in such improv acts as: Fishing with Dynamite, The Weeds, Cage Match, The Pinata, May I Take Your Order?, Improv Bingo and has been a past Improv Smackdown champion!  He also has performed in Theatre 99 productions of Fuddy Meers, The Harry and Sam Dialogues, and Brilliant Traces. 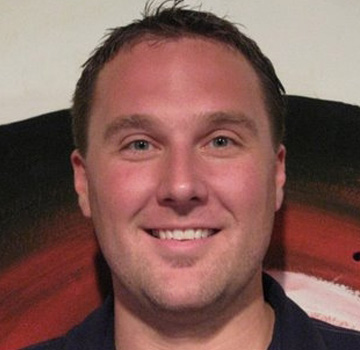