Alex Hoffmann was spawned in the north, near a spooky lake. The child of a tinkerer and an avatar of empathy, he was thrust into performing at a young age in order to “get (him) out of the freaking house.” This continues to be their second worst decision, the first being that they should have destroyed him when they had the chance.

In recent years, he completed his quest to collect the fabled MacGuffins, giving him enough EXP to level up. He gained a sense of pride and accomplishment as his quest rewards. Also friends. He got some of those too. 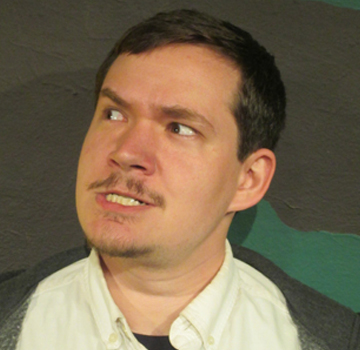