Brian was previously seen at PURE theatre in 365 Days, 365 Plays and in Walking Backwards for the Last Time, a holiday short that ran during PURE Holidays II . He was also in Horse Tranqs and Carriage People written by fellow Theatre 99 company member R.W. Smith.  Most recently he was seen in PURE theatre’s Sheep’s Clothing which ran during the 2009 Piccolo Spoleto Festival. He has been a T99 company member since 2006, where he performs long and short form improv. He is a member of Neckprov, which has performed sold-out shows during Piccolo Fringe, and he recently studied improv in Chicago at the famed iO Theatre (Improv Olympic). 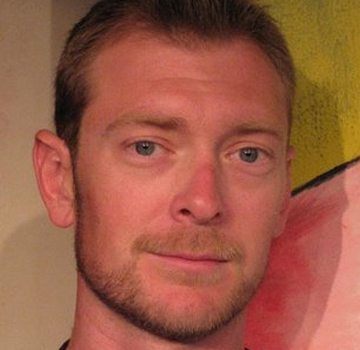