Rising from the ashes of the industrial waste belt known as Ohio, Derek ventured off into the American military at an early age and traveled the world learning of its many hidden treasures.  After completing his stint with Uncle Sam, Derek moved to Charleston to be closer to his family.  Always having a keen interest in comedy and acting, Derek discovered Theatre 99 through a friend, and began taking classes in 2007.  Derek has been a Theatre 99 company member for nearly 4 years and loves performing with the other tremendously talented members of the theatre.  Derek is an alumni of the sketch group The Assorted Rogues, is working with other company members on an assortment of improv groups and has traveled to festivals across the country including The Del Close Improv festival in New York City. Derek is also an accomplished stand-up comedian who has shared the stage with Gilson Lubin, Nate Bargatze, J. Reid and TJ Miller. When not performing with the unique stand-up tour “Friends With Benefits” or various open mics, Derek likes to read, play sports and spend time with his friends and family. 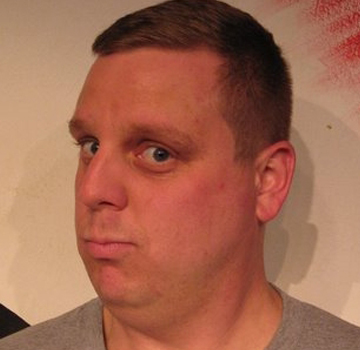