Dusty moved to Charleston in 2003 without knowing anyone, so he took some improv classes in hopes of meeting people. It ended being something he really enjoyed doing, so he took more classes. Dusty became an official company member of Theatre 99 in 2009. He was the winner of the 2011 and 2012 Charleston Comedy Festivals Stand Up Comedy Competition and was voted Charleston’s Best Local Comic of 2013 by the readers of the Charleston City Paper.

Dusty moved to Nashville to continue pursuing his comedy career. At age 36, Slay became the youngest comedian to ever perform at the legendary Grand Ole Opry Stage. He’s notched three appearances in front of “my people” at the Holy Land of country music in less than six months and was tapped to host CMA Festival’s Forever Country Stage to keep fans laughing between appearances by the biggest stars in country music.

The breakout comedian’s Comedy Central Stand-Up Featuring premiered May 16, 2019 and he appeared twice on The Tonight Show with Jimmy Fallon. He also appeared live at Comedy Central’s Clusterfest 2019 in San Francisco continuing the momentum from previous sets on Jimmy Kimmel Live, Last Comic Standing, Laughs on Fox and regular stints on The Bob & Tom Radio Show and a host of live appearances across the country. ​Dusty was picked as one of 2019’s Top Comics to Watch by Variety Magazine. 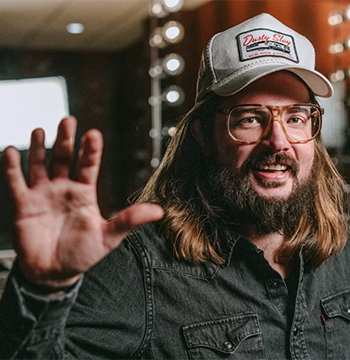