Born and raised in Charleston, South Carolina, Jordan began his comedy journey in February of 2015. His lovely (then soon-to-be) wife paid for his Level 1 improv class at Theatre 99. The rest is history. After becoming a Theatre 99 Company Member in early 2016, Jordan has had the pleasure and the privilege of improvising regularly. You can see him in Laugh for a Lincoln shows during the week and Improv Riot shows on weekends. He’s also a member of improv groups Diversity? and Plaid Twins, as well as a part-time rapper in the hip-hop sketch comedy duo Mystery Meat.

Outside of his comedy endeavors, Jordan is a husband and father. He’s an avid fan of video games, particularly Final Fantasy 7. If you ask him how many times he’s eaten Zaxby’s this week, he’ll probably say “at least three.” If you catch him in the lobby after a show, ask him about professional wrestling. He’d love to tell you about why Eddie Guerrero is his all-time favorite and why Hulk Hogan is garbage. 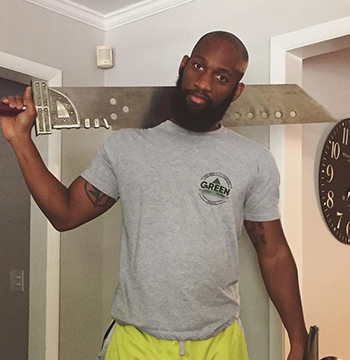