In January of 2012, Lauren discovered the training program at Theatre 99, a place that felt like coming home; it just made sense. As someone who writes frequently, she tends to live inside her head which is exactly why she loves the art of improv so much; it forces her out of that place and into just having fun. She is the co-coordinator for an improv practice group with 100 plus members which meets on a weekly basis. Lauren also regularly performs her own personal brand of stand up comedy in showcases around the area including Theatre 99 staples such as “This is Chucktown” and “Dusty Slay’s Homegrown Standup Showcase.” Her festival credits include Jailbreak Art Festival, The Annapolis Comedy Festival, as well as the Charleston Comedy Festival where she received 3rd place in the stand up competition.

Lauren continued pursuing her comedy career after a move to NYC. She performs nationwide for Comedy Festivals, Colleges and Clubs. You can catch her at some of the best clubs in NYC such as Stand Up NY, New York Comedy Club and QED among many others. She recently took home 1st Place from the 2018 She Devil Comedy Festival in NYC.

More than her awesome jokes, Lauren is also an award winning playwright and has written and performed in her full length original musical titled “Princess Charming” which was well received on stages in South Carolina and New York City. Lauren has been written about in The New York Times, Time Out NY and Backstage. You’re going to want to see what the hell this woman is doing… 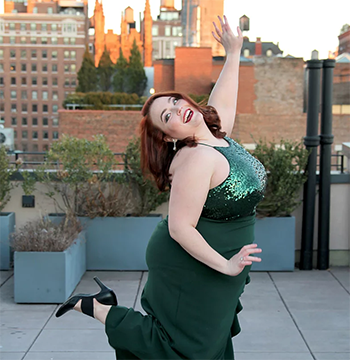