Matt Bivins currently lives in Chicago, IL, where he oftentimes continues to act as an Improvisational Comedian after being introduced to the Long Form by the members of the Have Nots!. A workshop arranged by the Nots! with famed teacher/actor Joe Bill inspired Matt to journey to the Windy City and brave both the colder winters and horrific neighborhood known as “Wrigleyville” to study at Chicago’s legendary iO Theatre, where he met not only some of the best improvisers in the country, but forced said improvisers to be his friends. Which is quite a chore, due to Matt’s annoying personal hygiene.

Matt’s new friends, his brother Evan, and a gaggle of sexy sexy dancers and musicians now perform as the Dangerous Strangers, a rock band/sketch comedy/hullabaloo that was born out of his and Evan’s successful Theatre 99-based Cabaret Kiki. The Strangers have now worked with members of the House Theatre, Redmoon, and Cabaret Vagabond, which are all very important and successful theatre companies that many Chicago people know about. Evan and Matt continue to write “the Panik Room” (working title), an original musical based on their work in Charleston with Cabaret Kiki, and plan to get it produced when it starts snowing cold hard cash instead of the typical nasty, stinging “Lake Effect” bulls&%t.

All joking aside, Matt considers Greg, Brandy, and Timmy to be some of the funniest people, the most informative and thoughtful teachers, and finest friends an artist could ask for, and no matter where he is actually living, Theatre 99 will always feel like Home. J’aime vos visages ridicules! 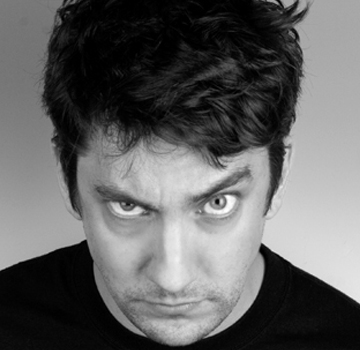