Sam Jackel (pronounced Yea-kill) has joined Theatre 99 after performing improv in Chicago from 2003-2009.  During that time he has been involved with Annoyance Theater Chicago, iO Chicago, The Playground Theatre, and is a founding member of The Capitulators.  When Sam is not doing improv comedy he has enjoyed doing stand-up, some film work including The Strip (Fortress Films); and Jake’s How To (Buckley Brothers Film); as well as performing in plays, most recently El Grito Del Bronx by Migdalia Cruz (Goodman Theatre/Teatro Vista) and Is He Dead by Mark Twain (Footlight Players Theatre) 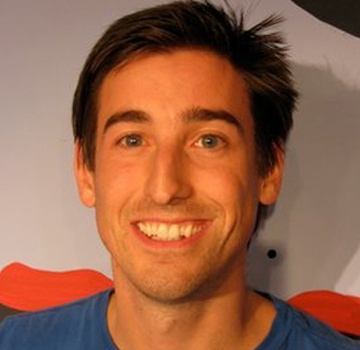