In the fourth grade Caitlin portrayed Benjamin Franklin in the musical adaptation of the classic story “Shhh, We’re Writing the Constitution.” That’s when she discovered the thrill of the stage. Throughout her school days she dabbled here and there in the theatrical arts but that slowly faded to a vague but sweet memory once she moved back to Charleston after college. One day, to shake herself from humdrum complacency, she signed up for a drop-in improv class at Theatre 99. It was the best 90mins of her life. As fate would have it, there was a Level 1 class being offered later that year so she signed up immediately and the rest is history. 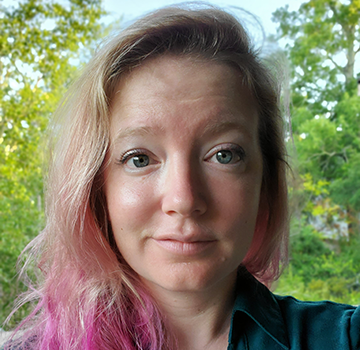