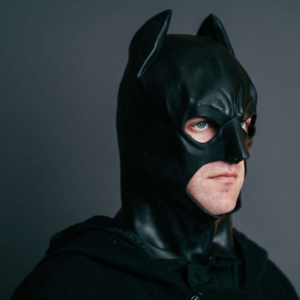 Why do we fall? To learn how much body-padding we need. From the madmen behind One Man Star Wars and One Man Lord of the Rings (Charles Ross and TJ Dawe) comes an irreverent homage to the Dark Knight Trilogy. Two-faced super-nerd, Charles Ross, lovingly tears Christopher Nolan’s masterpiece a new one in his solo show One Man Dark Knight: A Batman Parody. No costumes, no sets, no Batmobiles- Ross takes you on a one hour joyride, from the caped crusader’s origins to his epic battles against Gotham’s super-villains. This town deserves a better class of parody, and Ross is going to make sure you get it. “Why so serious?” 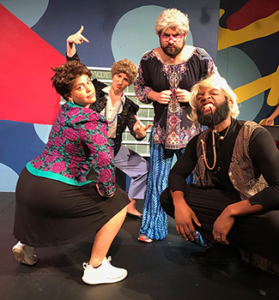 FRIDAY, FEB 21 AT 10PM The Theatre 99 community are always developing new work. Laugh Lab is a showcase for that work. It can be anything. February 7 show: Puppetz, Face Off and Free Samples
Feb
22
Sat
6:00 pm Clean Improv Comedy
Clean Improv Comedy
Feb 22 @ 6:00 pm

SATURDAY, FEBRUARY 22 Shows at Theatre 99 are improv parties where audience members laugh until it hurts.  Come loaded with suggestions for the quick witted Theatre 99 ensemble members who will take your suggestions…and rock[...]
Add