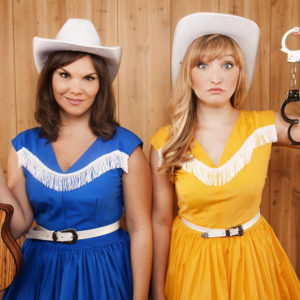 If Dolly Parton & Flight of the Conchords got drunk and had a baby, you’d get the hilariously irreverent musical comedy duo Reformed Whores! Described as “Southern-Fried feminism with a side of crass and a tall glass of sass,” Katy Frame and Marie Cecile Anderson have toured all across the country, headlining comedy clubs and opening for the likes of musical parodist “Weird Al” Yankovic and bassist extraordinaire Les Claypool. They have over a million hits on their YouTube Channel and their sophomore record “Don’t Beat Around the Bush” debuted in March 2016 in the top 20 iTunes comedy chart. Most recently their show Grand Ole C*ntry premiered in August 2017 at the Edinburgh Fringe Festival and was hailed by the press as “A magnificently bawdy celebration of female sexuality” and “Genuinely endearing and unflinchingly upbeat.” (Adult audiences only) 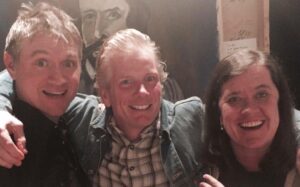