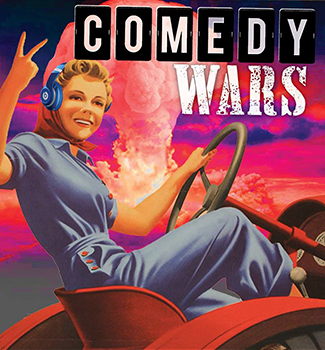 Join the Theatre 99 ensemble for Comedy Wars, a ridiculously fun new show where competing teams go head to head in a battle for comedic victory. Points are awarded by a panel of character judges and there are plenty of challenges and obstacles along the way. It’s basically American Ninja Warrior for improv comedy. Come witness the battle for the galaxy’s most important resource, laughter!