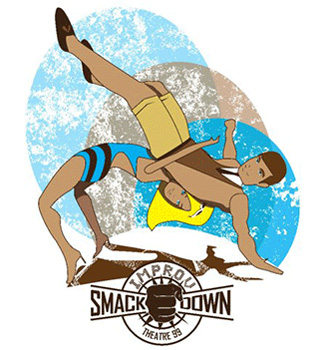 50% game show! 50% sporting event! 100% good times! That’s Improv Smackdown in a nutshell. It’s the hit improv show at Theatre 99 where you, the audience, are the judge! It’s hilarious, exciting and based entirely on your audience suggestions.
That’s not all! At the end of Improv Smackdown there is an intermission and the second act is a fast paced long form improv set based on an audience interview!