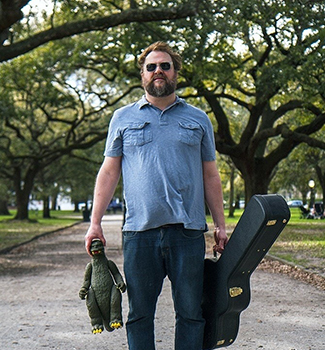 What happens when a single guy spends most of his days at home with an attentive, but unresponsive rescue pit bull as his only audience member? You get the bizarre world of Jason Groce’s Big Whatever. A one-man sketch show that is both absurd and relatable, this show parodies a bunch of genres (R&B? poetry? Civil War letters? Facebook?) and shows you one person’s perspective on his world (thank God he’s the only one with this perspective.)